Lanabecestat is a potent inhibitor of Amyloid beta (Aβ) formation – the main component of amyloid plaques. Aβ is formed through cleavage of amyloid precursor protein (APP) by proteases known as secretases (β and γ). The Beta-site-APP-cleaving enzyme 1 (BACE1) cleaves APP at the β-secretase site, after which APP is cleaved by γ secretase to generate Aβ peptides. Lanabecestat inhibits BACE1 and was able to reduce levels of Aβ1-40 and Aβ1-42 in the brain, cerebrospinal fluid (CSF), and plasma in several animal models, as well as in human CSF and plasma. Besides that, Lanabecestat is brain permeable meaning that an adequate amount of this substance is able to reach the brain after oral intake.

Taking these facts into account, two clinical trials were designed to test if the oral administration of Lanabecestat would be effective in two different groups of patients: patients with mild cognitive impairment (the AMARANTH study) and patients with mild AD (the DAYBREAK-ALZ study). The main question in both studies was: can Lanabecestat slow the progression of cognitive deterioration?

Unfortunately, both studies had to be earlier terminated because no benefits were found in the groups using the substance compared with the group taking placebo, only side effects were noted.

The substance was able to reduce Aβ levels in CSF and was associated to a greater reduction in Aβ plaques density compared to placebo. But no positive clinical effect was shown.

Even though Lanabecestat was generally well tolerated, psychiatric adverse events were numerically greater in treatment groups compared with placebo group and were consistent with dose dependence. Lanabecestat exposure was also associated with hair color changes and weight loss.

In two new, randomized clinical trials, Lanabecestat (a potent Aβ inhibitor) did not slow cognitive or functional decline of AD compared with placebo. One more hope of treatment has failed. It appears unlikely that current BACE inhibitors will be an effective disease modifying treatment for symptomatic AD but future studies are still needed to determine if reduction in Aβ production can provide meaningful clinical benefit in earlier stages of the disease continuum or in other high-risk populations.

PREVENTION is still the best solution!

Several million patients in Germany are treated with statins. In 2004, the consumption of lipid-lowering drugs throughout Germany amounted to around 856 million defined daily doses (DDD). In 2011 the amount increased to: 1.718 million DDD.

With the target  to lower cholesterol levels, this doubtful strategy is still being mistakenly promoted to reduce heart disease risk. As a side effect, doctors and patients are accepting a possible cognitive decline.

These are the results of a study published in 2018 in the journal Frontiers in Neurology, which looked into the relationship between cholesterol and cognitive function [1]. While cholesterol is still largely vilified, and statin use still heavily promoted, the study found that having lower levels of low-density lipoprotein (LDL) cholesterol is linked to a higher risk of dementia.

The study involved data from nearly 4,000 residents aged 50 years or over in an urban community in China. A high level of LDL cholesterol was found to be inversely associated with dementia in the study participants, even after controlling for other factors that might increase risk, including demographic characteristics, health behavior, mood assessment and medical history.

What’s more, the researchers noted, “There was a significantly higher proportion of participants with low levels of total cholesterol (TC) and [LDL] cholesterol in the dementia group than in groups without dementia.” The association was so strong that they concluded a high level of LDL cholesterol may be considered as a “potential protective factor against cognitive decline.”

This may come as a surprise for those who have been told that cholesterol is more of a burden than an asset, but other studies have also found cholesterol to be protective to the brain. For instance, cholesterol levels in the high-normal range were associated with better cognitive performance in people aged 65 years and older.

Those researchers concluded, “Low cholesterol may serve as a clinical indicator of risk for cognitive impairment in the elderly.”

An earlier U.S. study of more than 4,300 Medicare recipients aged 65 and over also revealed that higher levels of total cholesterol were associated with a decreased risk of Alzheimer’s disease, even after adjusting for cardiovascular risk factors and other related variables [2].

Why Higher Cholesterol Levels May Be Good for Your Brain

The brain contains up to 30 percent cholesterol, which is an essential component of neurons and of great importance to develop and maintain neuronal plasticity and function. Cholesterol is critical for synapse formation, i.e., the connections between the neurons, which allow you to think, learn new things and form memories.

Beyond this, it’s been suggested that high cholesterol could be an indicator of overall good nutritional status and health, whereas low cholesterol has been linked to a higher risk of mortality and is often seen alongside malnutrition and chronic diseases, including cancer.

The Frontiers in Neurology study authors [1] also suggest that, as a major component of the brain, decreasing cholesterol levels could be associated with cerebral atrophy, “a typical anatomic sign of dementia,” and other factors more directly related to your brain health. They continued:

“Another speculation is that high LDL-C could reduce neurons’ impairments or facilitate compensatory repair of injured neurons. The inhibitions of dendrite outgrowth and synaptogenesis, and the acceleration of neurodegeneration have been observed when neurons was a short of cellular cholesterol or cholesterol supply.

Besides, cholesterol plays an important role in the synthesis, transportation and metabolism of steroid hormones as well as lipid-soluble vitamins, both of which have an impact on synaptic integrity and neurotransmission.”

Therefore it is wise to be careful before taking statins!

Aside from an increased risk of dementia, statins deplete your body of Coenzyme Q10 (CoQ10), which accounts for many of their devastating results.

CoQ10 is used for energy production by every cell in your body. Its reduced form, ubiquinol, is a critical component of cellular respiration and production of adenosine triphosphate (ATP). ATP is a coenzyme used as an energy carrier in every cell of your body. The depletion of CoQ10 caused by statins can actually increase your risk of acute heart failure.

While this can be somewhat offset by taking a Coenzyme Q10 supplement, statins still come with a risk of other serious side effects, including:

Statins also inhibit the synthesis of vitamin K2, which can make your heart health worse instead of better, and reduce ketone production. Ketones are crucial nutrients to feed your mitochondria especially in the brain and are important regulators of metabolic health and longevity.

In the end, a nutrition scheme rich on healthy fats and low refined sugars is a promising strategy against dementia. The use of statins to lower cholesterol may end in a fast cognitive decline. 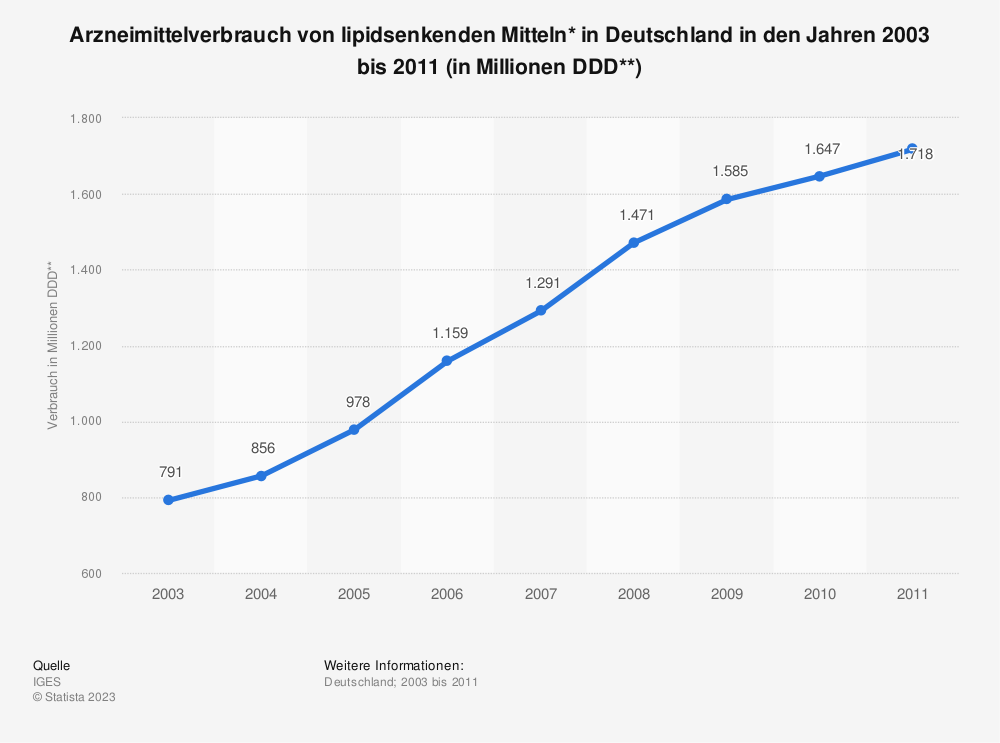